The search for the perfect wave - Diary of a surf nomad

For centuries the ocean has had an enormous attraction on human beings. And still has. For survival, but also for the pleasure of immersing yourself figuratively and literally in and with nature. On the intersection of this enjoying and the everlasting search for the unreachable, surfing originated. Nowadays this romantic image of surfing as pure freedom is commonplace. Many dream about it, some have practiced the sport, but few live it. How would that life look like? A small dive in the world of this nonconformist subculture.

A typical day in the life of

06:00: Dawn is coming in. As soon as it becomes light, it's time to check out the water. I open the door of my station wagon and step out of it. From the parking place it's a 10 second walk to the beach. The waves look good. A few local boys are busy putting on their wetsuit. Birds fly just above the surface of the water. I, too, start to get changed and subsequently dive in the water.

7:30. After having surfed for about an hour and a half, feeling hungry, I go out of the water. I take off my wetsuit and start preparing the coffee on a portable stove. Sitting in lotus position on the bed in the back of the car, I'm having breakfast with a view on the ocean. 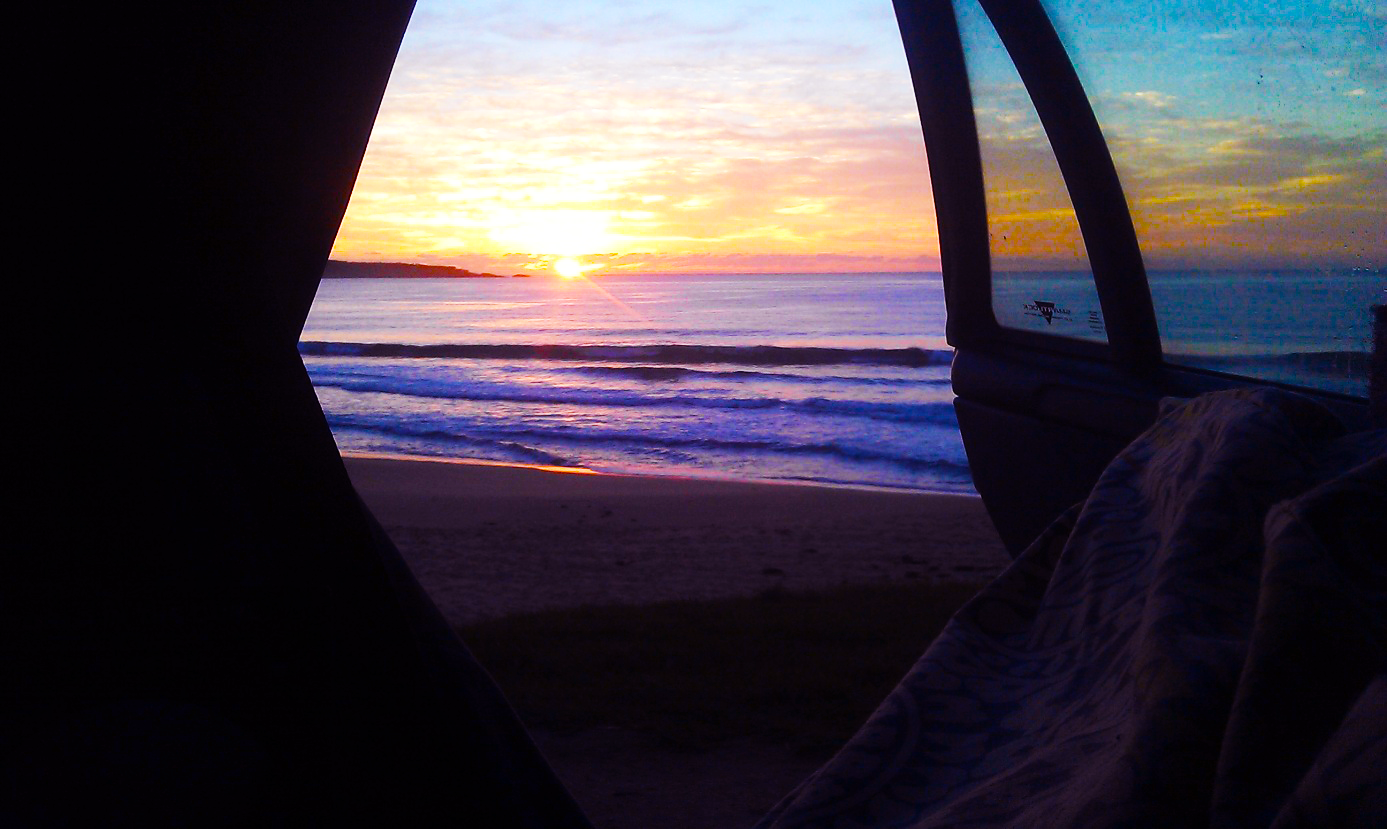 9:00. Tide is coming in. An offshore wind is giving the waves a well formed and cleaner break. And therefore easier to ride. So it's time to go in the water again.

10:30. After having surfed the majority of the morning, I decide to move on. I stow away my surf board in the trunk, start the car and begin to follow the road to the south. Bob Marley is coming out of the speakers.

12:30. After about an album or two, I reach Mimosa Rocks National Park. I get off the highway and follow a dirt road through a forrest of gumtrees that, according to the map, will end on a beach. Once arrived the waves look almost perfect! And furthermore: no human being in sight, except for a few surf fanatics who have discovered this paradise as well.

14:00. I get in a conversation with a fellow surfer. I ask him for good places to fish. He advises me to go to a place called Tathra, not too far from here. I follow up on his recommendation and start driving in that direction.

15:00. It's important to find a place to sleep. Sometimes it is possible to camp near of even on the beach with your car. In Tathra this appears to be the case: following a small dirt road leads to an elevated plateau with a view on the entire beach.

17:30. The last two hours I have been spear fishing near some cliffs. Because, after all, what completes the waterman lifestyle better than catching your own dinner? Today mackerel and red snapper are on the menu.

20:00. The sun is going down. Wood has been gathered to make a small camp fire. The rest of the evening will be like may other evenings: watching the sunset with an intense satisfaction. Watching it go over in darkness, with millions of stars appearing. It never gets boring. 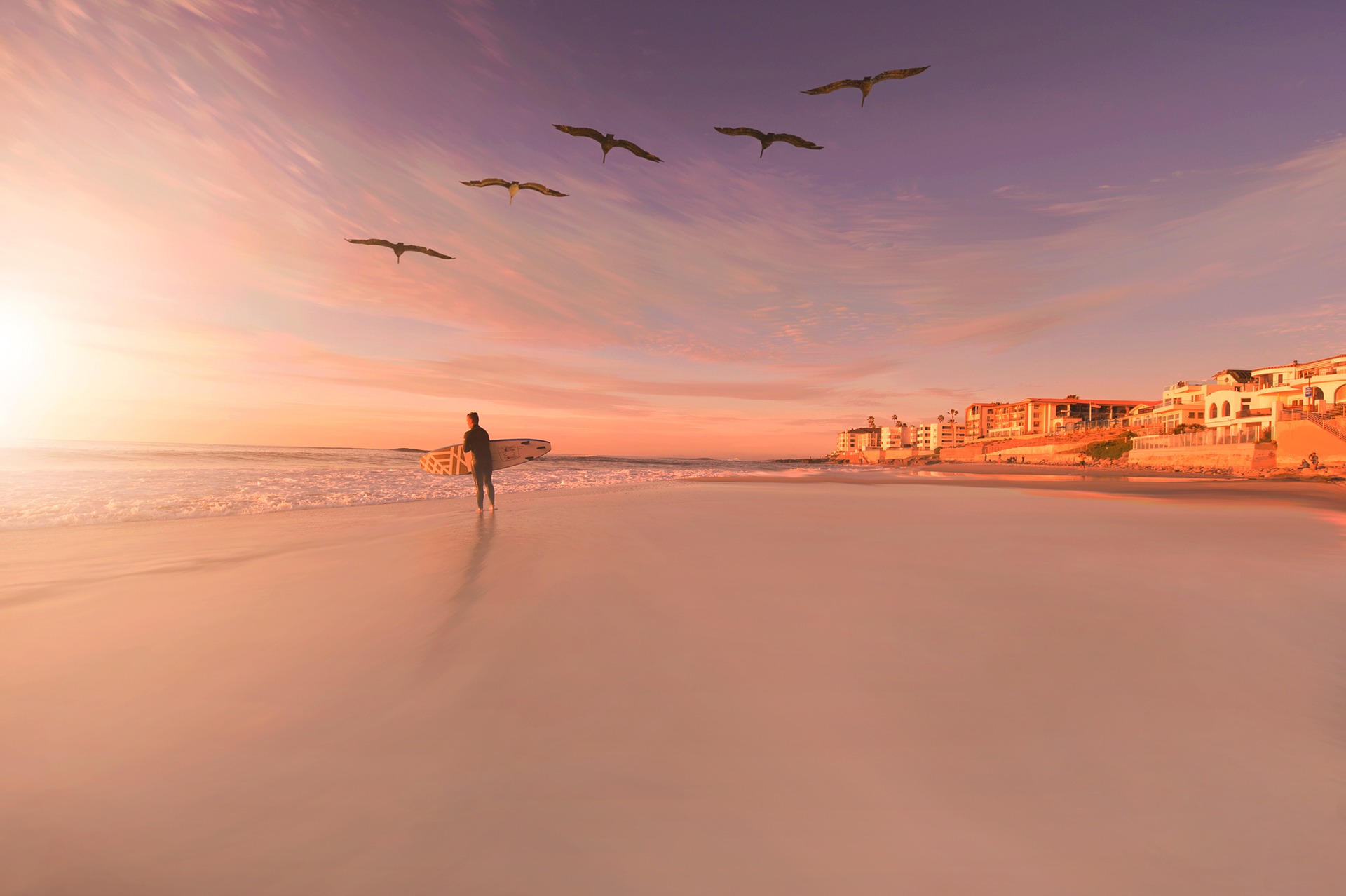 Surfing as way of giving the finger to society

Surfing essentially has two faces. One has the form of a global mega industry. With big brands like O'Neill, Quicksilver and Rip Curl, the sport brings in billions in revenue. Surfing is big business. The other face represents the original idea: surfing is in fact a counter-reaction on consumer society. It's a fuck you to bourgeios ideals. This statement is visible when a surfer goes into the water. By paddling towards the waves, he literally and figuratively turns his back on civilisation. The lifestyle of surfing is inextricably connected to being stress free. It doesn't require anything more than a surf board and good waves. All the rest are side issues. Pure escapism. Away from claustrophobic obligations and a life that is seemingly dictated by others. However, who thinks that this kind of existence is lonely, is mistaken. The best friendships arise from playing with the ocean. There's nothing better than waiting in good company to look what the sea will bring from the horizon.

You're standing on the beach with your surf board in your arm. You read the waves and spot an opening. So you jump in the water and paddle in the direction to where the waves break. Once having arrived there, you see a perfect wave coming at you. Within a fraction of a second you decide to ride it, after which you start to paddle like a maniac. Before realizing it, you feel the break and you jump on your board. The rest goes almost reflexively. Everything falls apart. For just a moment there doesn't exist anything else except riding the wave and feeling a sincere bond with nature. 'Not a bad way to start the day', you will tell yourself, already looking out for a new wave. 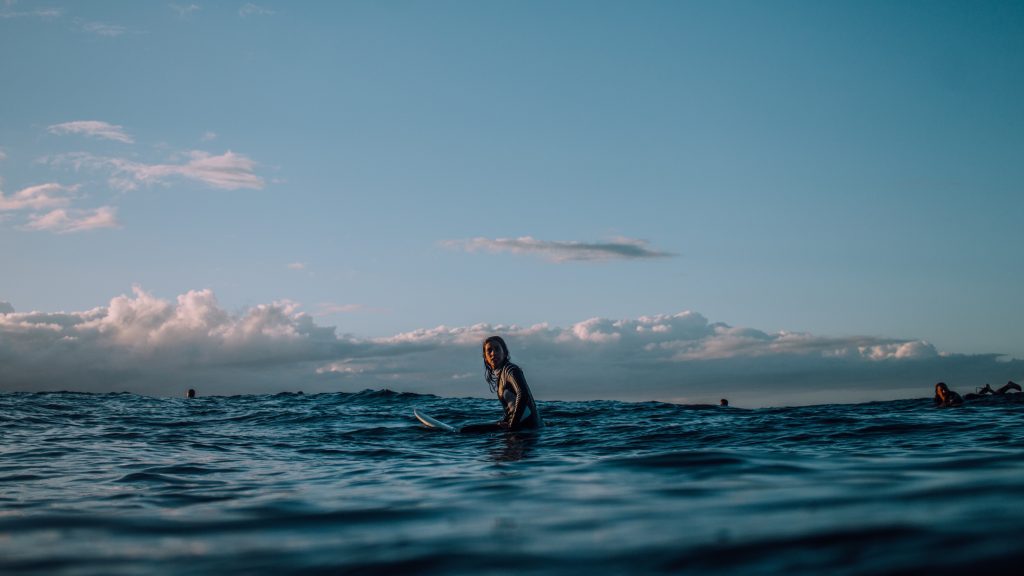 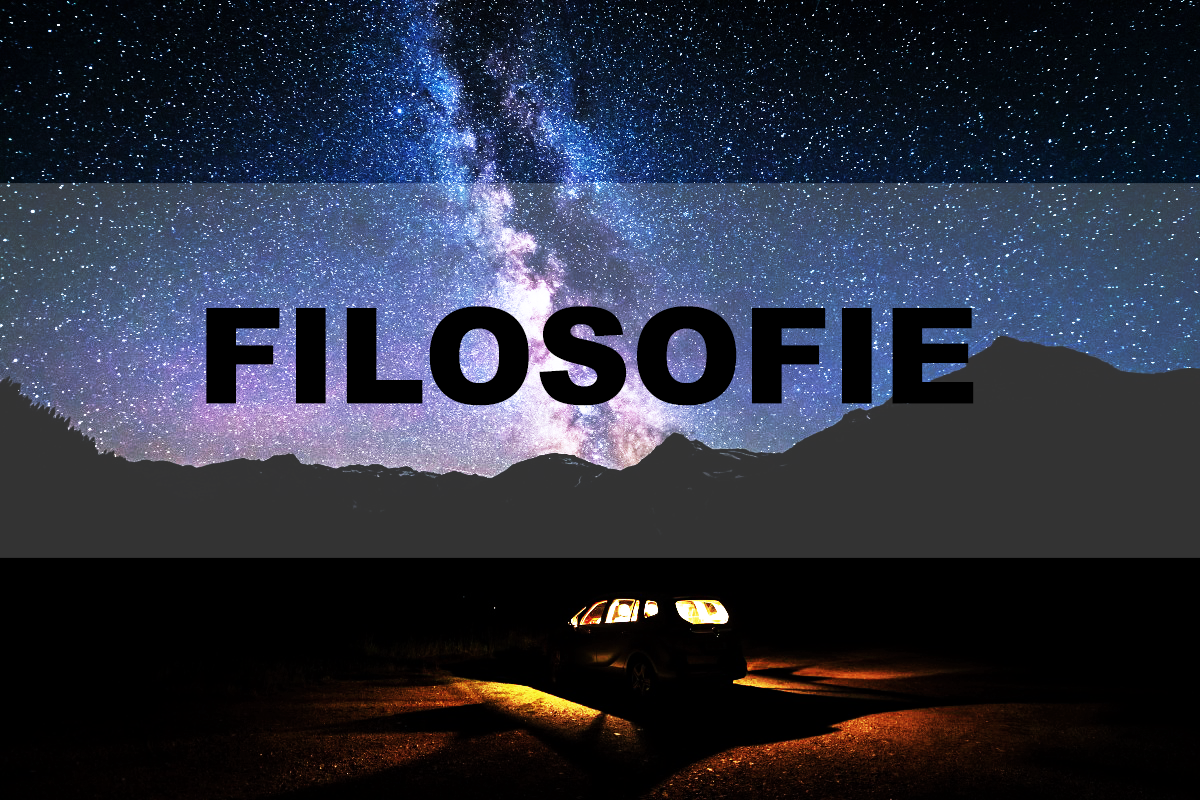 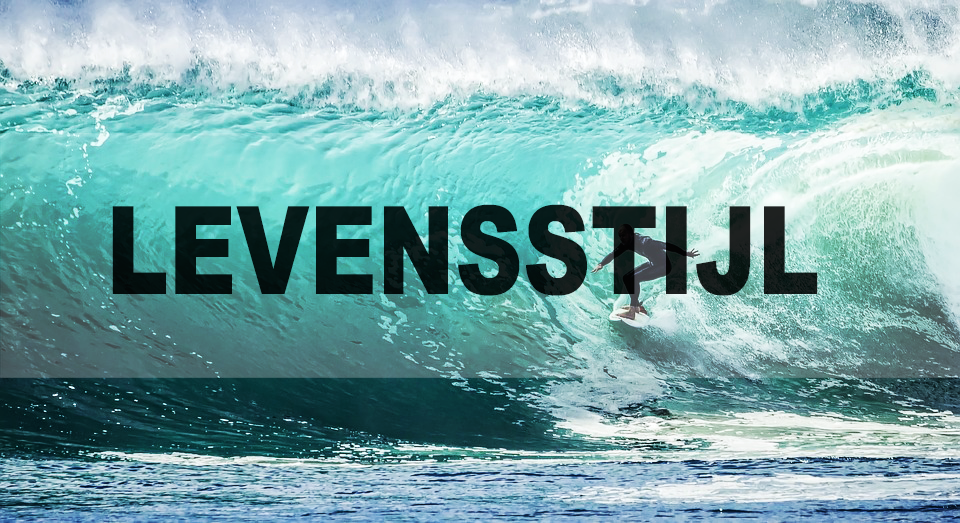 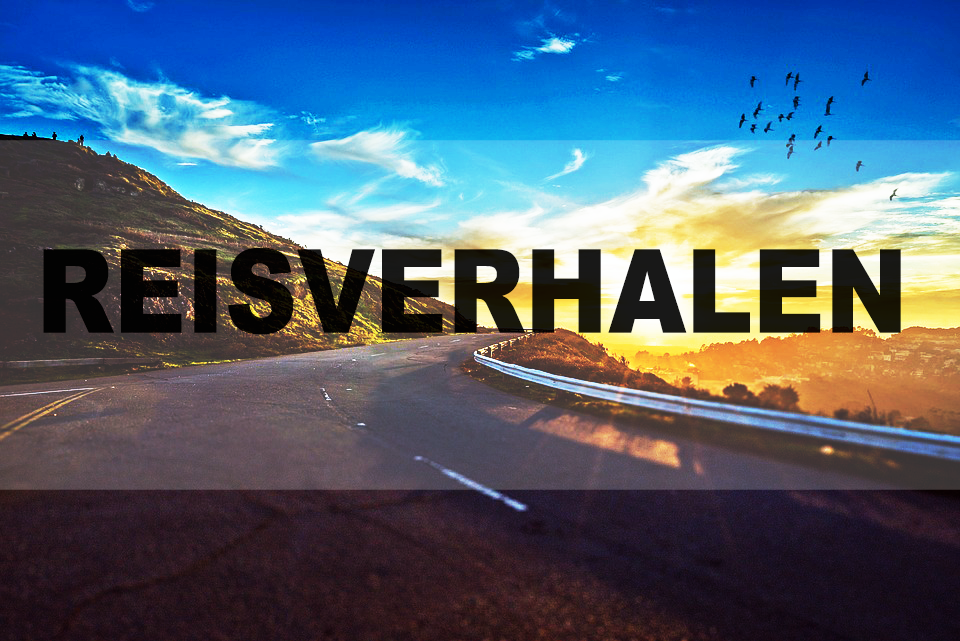